4255 White Bear Pkwy STE 1700 Vadnais Heights, MN 55110
DISCLAIMER: This trigger is a select-fire replacement trigger that is intended for properly licensed M16/M4 fully-automatic firearms. This trigger IS NOT to be mistaken for a binary-trigger, forced reset trigger, or a trigger that will make an otherwise semi-automatic firearm simulate full-auto fire. You are responsible for knowing the laws governing NFA items and ensuring that you are properly licensed to possess such items. All NFA rules apply. HIPERFIRE is not responsible for unlawful or negligent use of these products. By checking the box you are acknowledging your understanding and agreement to this disclaimer.
Proceed Cancel 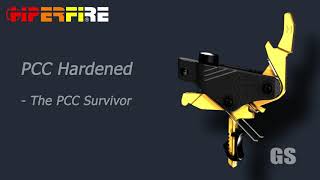 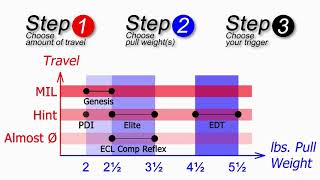 How Do I Choose My Single-Stage Trigger?
Post Your Feedback

HIPERTOUCH Genesis: “I got the Genesis for my AR10 (716 Sig)… I was completely blown away, as was the target! The very first shot was quite a surprise as I put the tip of my finger lightly on the trigger (as I could tell putting it together it was going to be a lot lighter than the stock one I took out). I just “thought fire” and the thought went from my brain to the firing pin, seeming to bypass the trigger. Later I found that I could not outpace the fire control I had installed. If you’re worried about getting your money’s worth out of this (as I was), I say now that it was WORTH EVERY CENT SPENT!! (even the shipping)”

HIPERTOUCH ECLipse: “Just installed it today in my LWRC IC-SPR. Ran approximately 180 rounds. Fantastic trigger smooth as ever. I wanted to keep shooting but ammo was running low. A couple of fellas at the range thought it was a full auto. Mag dumps are quite easy and precision shots are even better. I did the research and I am really satisfied with my decision. Hiperfire is tops. Now I just need to get some bulk ammo. By the way installation was spot on with no problems. Hipershoe is fantastic as well. Thanks again Craig from PA.”